I’ve been kind of bummed lately, what with the state of the world. Our headlong rush into fascism, irrevocable climate change, and, worst of all, the encroaching start of the school year have made me even more pensive and angsty than usual. Fortunately Lego is offering something starting in August that will blow all of that garbage right out of my dumb head and replace it with a fresh set of plastic ghouls and bizarrely sharp bricks with which to, I guess, build them. Things.

I speak, of course, of Hidden Side, the new Lego theme that involves ghosts. It apparently also involves other stuff, like some kids who hunt for said ghosts. But I have no time for that, ghosts being the only part that matters FOREVER

Hidden Side also involves some AR component where you’ll use your phone to interact with the sets somehow–mostly by shooting multi-colored fireballs at them, if the trailer is any indication. I don’t hold out much hope for this particular gimmick: if the past half-decade or so have taught us anything about AR, it’s that it seldom holds anybody’s interest for very long. (To wit, half the touted functionality of the Nintendo 3DS.) And the whole thing seems to be a somewhat blatant attempt to cash in on Stranger Things mania. But honestly, I’m okay with that, because Lego ghosts are pretty much my reason for breathing.

Happy New Year, all. I hope it’s off to a good start.

I love Lego, as I think I’ve mentioned before. I have a bunch back in the States, mostly of the now-discontinued Monster Fighters variety. Here in Japan my access to Lego is, alas, limited, though I’ve kept abreast of new stuff and snagged a couple of cool minifigures (including, at long last, my beloved banshee).

One of Lego’s new themes is called NexoKnights, a sort of futuristic tech/sword & sorcery melange. While I dig the weird scifi/fantasy vibe, it might have passed me by completely if not for the theme’s uniquely demonic villains. Led by the crazy jester/wizard Jestro, they seem to be officially labeled silly things like “lava monsters” and “globlins.” There’s really no hiding the fact, though, that these things are hell demons sent to bathe the world in the blood of the innocent.

“Lava monsters.” Not screaming death-bringers from the deepest pits of Hell. No way.

In case it’s not already clear, I’m 100% on board with this. Demons are my joint. They even have some really cool Lego “book” pieces, including a Lego version of the Necronomicon (blandly titled the “Book of Monsters“) that is pretty wicked.

All of it is spun in typically goofy, family-friendly Lego style, of course; but my favorite character of the whole theme is just unequivocally a demon, no matter how they spin it. Behold Lavaria, perhaps the most metal thing Lego has ever released: 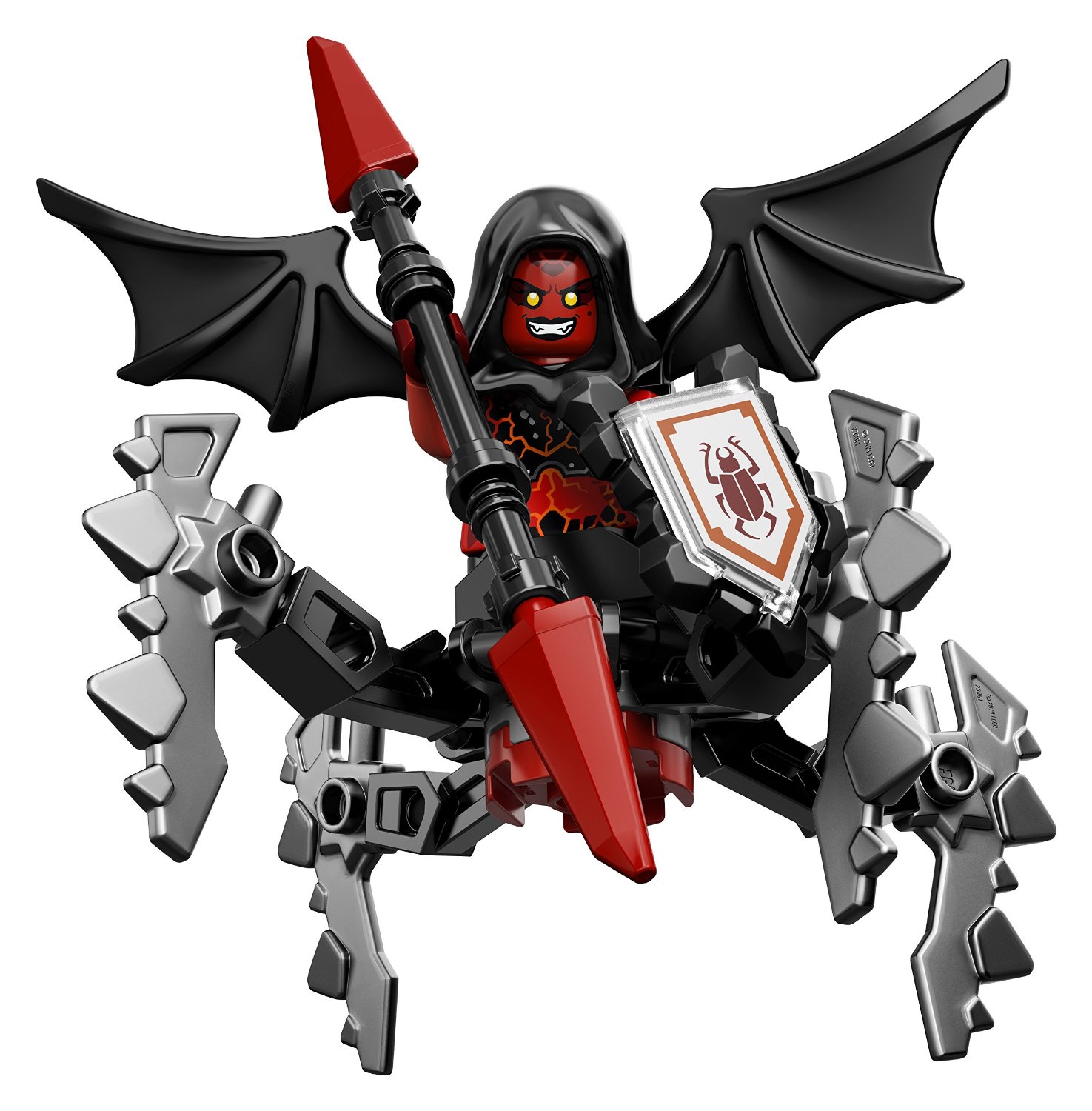 I’ll rip out your soul. Then I’ll rebuild it into some sort of retro spaceship robot thing. And leave lots of bricks on the floor for you to step on.

“Metal spider succubus” seems to be the only adequate combination of words to describe her (which I think is just swell). Needless to say I’ve ordered this set, and eagerly await its eventual arrival here in Japan sometime in the next thirty six months or so.