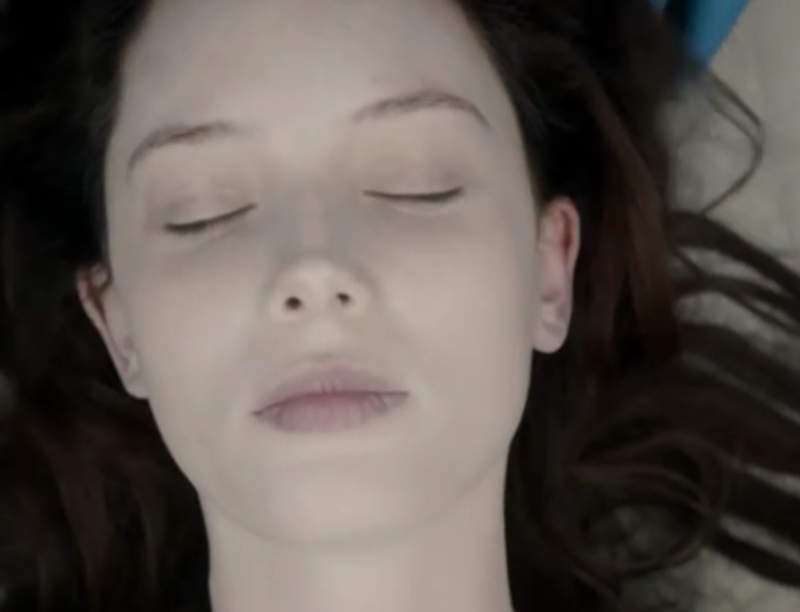 The Autopsy of Jane Doe features the awesome and under-appreciated Brian Cox as a mortician who has to perform an AUTOPSY on an UNIDENTIFIED WOMAN. Those words in the previous sentence are in caps because they TELL YOU THINGS that you MIGHT have ALREADY GUESSED from the TITLE. It also features a compelling, mostly stationary, and entirely naked performance by Olwen Catherine Kelly, known (I assume) for having the most Welsh and also Irish name in contemporary film. Beyond that, there’s this guy, aka “Horror Movie Protagonist Type 2.” The three of them get up to some crazy hijinks involving, you know. Autopsies.

I know my flippant dismissal of popular films probably gets old. But try as I might, I can’t be too enthusiastic about a movie with Law and Order-like dialogue, a predictable plot, and an ending that simultaneously accomplishes nothing and was broadcast almost from the beginning simply by virtue of this being a Scary Movie. It is true that I like Brian Cox a lot and he’s good here, as always, and joking aside, Olwen Catherine Kelly’s motionless performance is eerie and somehow impressive in a minimalistic kind of way. But everything else is so terribly familiar that I’m finding it hard to even finish this review. I’d much rather focus on the name Olwen, which is just the best, because Wales is awesome. (Apparently Ms. Kelly is actually Irish, and Ireland is also super, super awesome, but Olwen is very much a Welsh name. In the Mabinogion, there’s a story called “How Culhwch Won Olwen,” and it’s important because King Arthur is in it, and SORRY I FORGOT THIS WAS A HORROR THING.)

There’s not a great deal I can tell you without spoiling things. The premise is, an unidentified female corpse is found buried in the basement of a house which also happens to be the scene of a multiple homicide. The local coroner (Cox) is tasked with ascertaining the cause of death of the beautiful and strangely unmarked body, with the aid of his son, a young guy who doesn’t want to be a coroner but also does? I don’t know, pointless details. Most of the movie, as the title indicates, is the autopsy itself, and the further it progresses the more Spooky Stuff starts happening. (Capitalized because this is an official film category, you understand. According to me.)

Jane Doe’s body presents something of a puzzle: perfect on the outside, except for her clouded, corpsey eyes, beneath the skin she’s clearly suffered multiple and major traumas. As things progress the coroners start to wonder if maybe Jane Doe wasn’t the victim of some kind of human sacrifice, as occult elements creep in and the Spooky Stuff escalates. (It always escalates. I’d like to see a horror film that goes in reverse order, with like a ghost ripping off someone’s head at the beginning, and then by the end he’s just sort of making tea and muttering about kids staying off his lawn.) Of course initial impressions turn out to be wrong, some people die, then there’s the ending. And as horror fans know, endings count for a lot. And this film really, really misses the landing.

The premise is really interesting, and in retrospect, it kind of reminds me of Rue Morgue’s awesome (and apparently unsung) short film The Facts in the Case of Mr. Hollow. Both rely on a post-hoc piecing together of a violent, supernatural mystery. But the similarities end there: Mr. Hollow is stylish and satisfying and makes me want to open a supernatural detective agency, while Jane Doe is just typical. Not terrible by any stretch, but utterly forgettable, which might be worse.